Many people think that they don't need a new auto windshield unless the old one is badly cracked. There are other reasons to replace a windshield, though, and it's important to know what they are.

Generally, if a crack is longer than a couple of inches or a chip is larger than a quarter, you will need to replace the windshield. Cracks that reach the edges of the windows aren't repairable either, so a replacement windshield necessary. Smaller cracks and chips can sometimes be filled and repaired. Act quickly, though, as even small chips can become large cracks if you don't fix them quickly.

Windshield wipers can destroy your glass. If you use old wipers or run the wipers on dry windows, the chances of etching the glass increase. That's because grit and dirt on the windshield gets scraped across the glass, where it causes small scratches. Old blades are more likely to trap grit and scrape against the glass. Failure to use wiper fluid is another issue because the fluid provides lubrication which cuts down on etching.

Although not common, occasionally a windshield can discolor. This is more likely to occur on the glass that has a film applied to it to reduce light or glare. The windshield may develop a white or yellowish haze, which can impede visibility in some lighting conditions. Unfortunately, there is no way to repair discoloration so you will need to invest in a new replacement windshield.

Driving on dirt roads or roads covered in a lot of grit leads to a unique problem -- sandblasting. The sand flying against the windshield leaves small pits, which aren't too different from wiper hazing. The pitted glass results in a glare under bright light. It is also more prone to developing cracks and larger chips. Replacement is the best course of action. 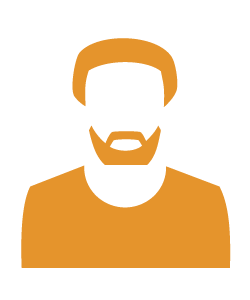 I am an exceptionally busy person who doesn't have a lot of time for smaller tasks, which is why I started focusing more carefully on maximizing my time a few years ago. I realized that I didn't have a lot of time to take care of car repairs, so I started looking for ways to streamline my schedule. I was able to work with a few different businesses that offered mobile repair, including a place that would come out to fix my windshield while I was at work. They were really easy to work with, and before I knew it, they had things completely repaired. Check out this blog for more information.